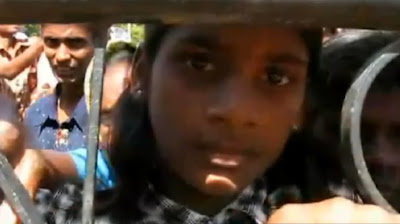 A young Tamil woman appealing to the UN not to leave as the Sri Lankan army approaches.

In the last twenty four hours I have watched Channel 4's disturbing documentary Sri Lanka's Killing Fields, on the bloody ending of the civil war in which tens of thousands of civilians were killed, and hospitals were apparently deliberately targeted by the Sri Lankan army. It has made me realise how trivial are most of the things about which I normally write blogs.

I have visited Sri Lanka many times on business and as a tourist, and witnessed the suffering of many of its people in the aftermath of the Tsunami, but this is on a scale beyond my imagining. Civil Wars are always bloody affairs, but one might have hoped that the Buddhist majority in Sri Lanka would behave rather differently to those whose religions have a more bellicose tradition.

My wife has for some time indicated that she would like to make another perhaps final visit to this beautiful, sad country, but this film has confirmed my extreme reluctance to do so. It simply does not seem to me to be an appropriate place to take a holiday.

For the sake of Sri Lanka's reputation these war crimes need proper investigation, and those responsible brought to justice. 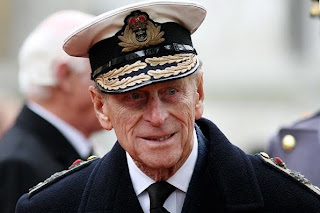 A neighbour, only slightly younger than the Duke of Edinburgh, and a firm supporter of the monarchy on the rational basis that the alternatives look worse, was very surprised when I told him of the Duke's appointment as Lord High Admiral. We both agreed that to make a 90 year old the head of a once great navy in which there are presently more Admirals than ships smacks of "Ruritania", and seems particularly inappropriate at a time when the monarchy is trying to create a more modern image, with a Royal Prince and presumably future King, marrying a commoner and working as a helicopter pilot.

I think I would struggle to explain the appointment to my grandsons.

Some lines from Gilbert & Sullivan spring to mind:

.. now I am the Ruler of the Queen's Navy

Posted by John Tyrrell at 13:04 No comments: