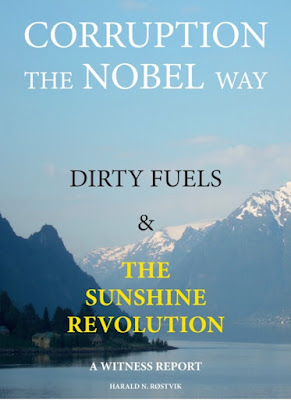 Norway regularly comes top or near the top of every index that tries to measure the quality of life across developed countries. According to Harald Røstvik, a Norwegian Professor of Architecture, educated at Manchester University, with a passion for sustainability, we have all got it wrong. Far from being a peace loving country, Norway, perhaps the richest country on the planet, is steeped in corruption and its whole economy based on the export of fossil fuels and armaments.

How asked Harald Røstvik can a nation "so beautiful and rich, seemingly based on consensus, breed famous dark fiction writers like Jo Nesboø as well as breeding a person able to be staging a death and defiance massacre at Utøya?" The author seeks to explain by unearthing Norway's "many dirty little secrets" here are the main points of the indictment:

1. A climate damaging nation - with very high and unsustainable emissions of Carbon dioxide
2. An imperialistic colonial power - through its oil companies it has ties in the most corrupt regimes in the world, and Norwegian companies have regularly engaged in corrupt practices to gain advantage in those countries; Norway has spent billions lobbying the US Government, and a Norwegian Company for some time held the contract to maintain the notorious Guantanamo Bay base in Cuba, used to hold terror suspects; Norway also owns land on Antarctica: Queen Maud's land is apparently 7 times larger than mainland Norway;
3. A considerable exporter of arms, ammunition and napalm; Norway has 120 weapons and manufacturing companies,is the fourth largest arms exporter in the world, and it doubled its exports between 2005 and 2012.
4. Norways prisons are full to the brim, and the Government is looking to rent space in Sweden, whose prison cells are half empty;
5. A Class society, with Norwegian households owing more than the Italians; the high cost of living has led to increases in poverty, with 75,000 children living below the poverty line; the most unequal of the Nordic nations;
6. High divorce rates; big mental health problems;
7. A dependence on oil wealth which has stifled development in other areas, particularly alternative energy. Even its large hydro electric power industry could produce far more energy than it does.
8. Monopoly in the food industry, with consequent higher prices than in neighbouring countries, despite the high subsidies to farmers

Perhaps the most alarming point Røstvik raises is the Norwegian intolerance of whistle blowing and any criticism of the country. As a result Norway is the least transparent of the Nordic nations. The author describes what he calls a "loyalty culture" in which many top jobs routinely go to people with political affiliations, mostly to the Norwegian Labour Party, and"nepotism is practised in a big way." 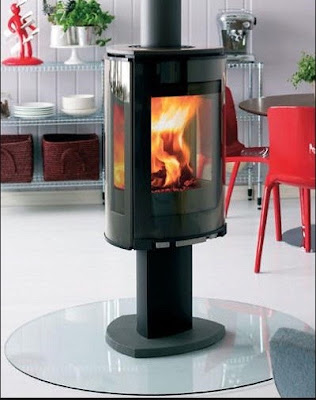 "Norwegian wood is very good but according to the author many of its wood burning stoves are damaging to the nation's health
Undoubtedly the author speaks from personal experience as a critic of Norway, and an advocate of sustainable models when he describes Norway as a difficult place to live and operate:

The alternative truths are difficult to present to a broad audience. Inconvenient truths are not popular, especially not if they question the beauty of our oil, natural gas, hydropower and arms exporting industries that feed us. We have turned into a shrewd nation where climate change discussions are marginalised .. Instead of fierce debate people go home into their cosy homes and read about - everyday tiny nothingness .. In 2013 another Norwegian bestseller was a book on firewood .. NRK the state broadcaster sent a 12-hour TV 'national firewood evening, night and morning on prime time ..it became a hit .. The New York Times had a full-page coverage. .. It was hard to figure out whether the world was laughing at us .. or praising our down to earth attitude. The NYT article started as follows:'The program consisted mostly of people in parkas chatting and chopping in the woods and then eight hours of a fire burning in a fireplace."

The author presents an interesting follow up to this. Certain older wood burning stoves are apparently polluting the air and the author argued that they should be banned. He claims that the state TV channel argued against him in a 12 hour TV programme without calling him to put his case!

It is impossible for me to evaluate this book, but the author certainly presents a great deal of information that was unknown to me, a frequent visitor to the country over 25 years. I was particularly surprised to read about the Norwegian Armaments industry, and the tangled web of intrigues that Norwegian Companies have been involved in, especially in Iraq soon after the American invasion in 2003. One Norwegian I know who like the author has strong Mancunian connections, is very pleased with the book: it corroborates many of the points that he has made to this rather sceptical listener over the past 10 years or so, particularly about the unwelcomeness of criticism in Norway, and the somewhat nauseating attempts to suck up tho the United States, which culminated in the ridiculous award of the Nobel peace Prize to President Obama only a few months after he had become President..

I doubt though whether Corruption the Nobel Way will get the attention it deserves in Norway. Even Amazon does not stock it, except in Kindle form, and I bought my copy from the Architectural Association Bookshop in London. It is though a good read for anyone interested in Norway or the inter-connectedness of the modern world. "No Country is an island", as John Donne might have said.