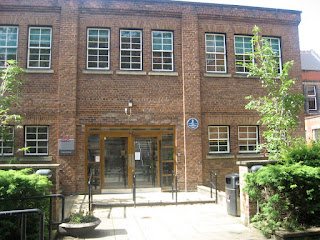 This year marks the centenary of the birth of Alan Turing, whose theoretical work before the war provided much of the conceptual framework for computation and the yet unheard of discipline of computer science. Perhaps the most distinguished achievement of a short but glittering career was his secret war time work on cryptography at Bletchley Park, which saved countless lives in the battle of the Atlantic and some believe considerably shortened the war.

After the war he worked at the National Physical Laboratory where he produced a design for what he conceived of as an artificial "brain". Frustrated by bureaucratic politics in which he never excelled, Turing abandoned this work and in 1948 accepted a readership at the Victoria University in Manchester, where Professor Williams and his team of electrical engineers had already constructed the world's first stored program electronic computer, the Manchester Baby. 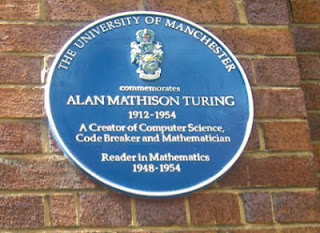 In Manchester, he worked with the engineers on the development of the new Manchester Mark 1 computer, although his only contribution to the hardware design was a random number generator on whose inclusion he insisted. Unusually for a theoretical Mathematician, a gentlemanly profession, Turing had always been willing to get his hands dirty, and had his own laboratory at his semi-detached house in a leafy road on the outskirts of Wilmslow, where he often preferred to work rather than in the smokey industrial city of Manchester which still very much bore the scars of war time bombing, and must have seemed very unappealing after previous academic posts at Cambridge and Princeton. In March 1949 he wrote to a friend,

I am getting used to this part of the world but still find Manchester rather mucky. I avoid going there more than I can avoid. (1) 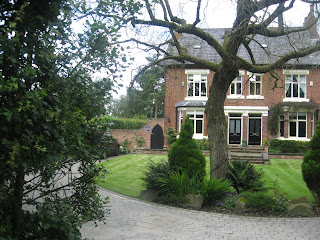 Turing's house in Wlmslow (on left), now marked by a blue plaque

The Victoria University, described not totally accurately by Turing's biographer as "the technical University of the North, producing doctors and engineers, rather than abstract ideas", was certainly a step down socially from Cambridge. (2) It was precisely that of course which enabled it to produce the world's first stored program computer, which was patently beyond the capabilities of the gentlemanly world from which Turing had sprung.

Nevertheless, as well as the engineers interested only in the practicalities of developing their machine, in Manchester Turing found a number of academics with whom he was able to discuss his ideas on artificial intelligence, among them the Hungarian born polymath Michael Polanyi (1891-1976),the Professor of Chemistry.

Polyani, a critic of positivism and British empiricism, whose writings on the limitations of scientific knowledge were to influence Thomas Kuhn, firmly opposed Turing's view of the human mind as a discrete state machine. For Polanyi the human mind was unspecificable, certainly by human beings. For Turing the fact that it was not yet specified did not mean that it should be considered as unspecifiable. Despite their profound intellectual disagreement the two remained friends.

It is an irony that Turing is probably at least as well known for the circumstances surrounding his death as for his scientific achievements. Eschewing contact with the small homosexual community centred on the University, the Manchester Guardian and the BBC, Turing had little social life in Manchester, but made regular visits to Cambridge and his friends in the south of England. (3) 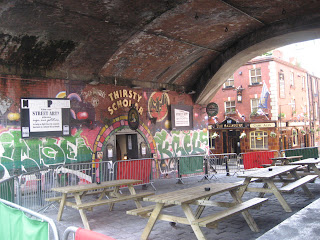 The once dark arch under the railway, Oxford Road Station

In December 1951 though he made a foray into the then rather sleazy area of Oxford Road close to the arches under the railway line, where, pretending to look at the posters outside the Regal Cinema, he made contact with a young working class man, Arnold Murray. 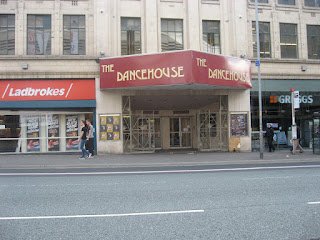 The former Regal Cinema, now the home of the Northern Ballet 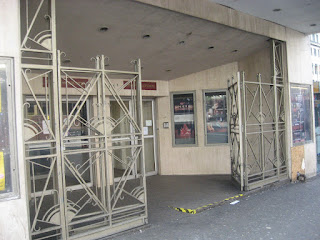 Entrance to the former Regal Cinema, outside which Turing met Arnold Murray

Their relationship, across the class divide, was to lead to Turing's conviction in 1952 for gross indecency and, as an alternative to prison negotiated by his legal representative, hormonal treatment to reduce his libido. 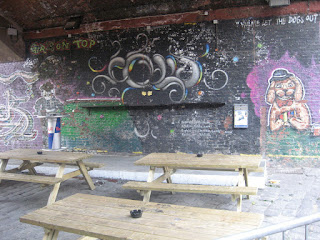 The arch covered in graphiti, which the City Council threatens to remove.

Turing kept his job, continued his scientific work, and particularly after his probationary period continued his life much as before, but he lost his Government security clearance and was clearly put under scrutiny by the security services. In mid May 1954 Turing went with friends to Blackpool and, as he had done many years before in Hertfordshire, went in to consult a gypsy fortune teller. After half an hour he emerged, white as a sheet, would not discuss what she had said and did not speak for the duration of the bus journey back to Manchester. In June 1954 he was found dead in his bed at home, beside him a partially eaten apple that may have been contaminated by cyanide.

His mother refused to believe it was suicide, arguing that it was an accident, the result of typical carelessness in his laboratory. A recent paper by Professor Copeland lends some support to this view: the coroner's verdict was based on insufficient evidence; it could have been an accident or even murder. Certainly the apple was never tested for traces of cyanide, and Turing's cheerfulness and plans for the coming days certainly indicate that if it was suicide it was not premeditated. One troubling detail is the fact that his shoes were placed outside his bedroom door as if waiting cleaning, an Oxbridge custom which according to his housekeeper Turing had never previously observed.

The exact circumstances of Turing's death may always remain unclear. It should not be stated that he committed suicide—because we simply do not know. Perhaps we should just shrug our shoulders, agree that the jury is out, and focus on Turing's life and extraordinary work.(4)

Whatever the true cause of his death, it does not excuse the appalling treatment which Turing received at the hands of the authorities, for which, in 2009, after a petition, the British Government formally apologised.

To celebrate Turing's centenary Manchester University has recently hosted a conference, and has mounted an exhibition at the Manchester Museum. 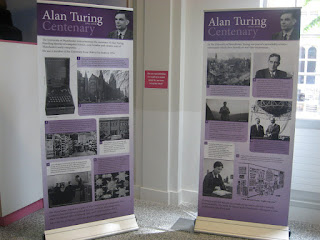 Board advertising the Exhibition 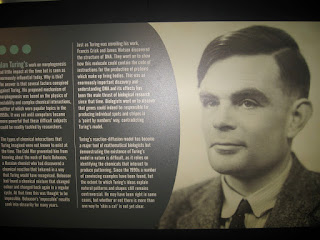 Board in the Turing Exhibition

Honesty compels me to say that the exhibition, which primarily focuses on the chemical basis of morphogenesis, on which Turing was engaged at the time of his death, is more than a little disappointing. Other than a single machine showing very slow mysterious graphics presumably illustrating Turing's work on morphogenesis followed by a videoed interview with an aged academic who was Turing's postgraduate student at the time of his death and describes the difficulties of using the what now seems archaic Mark I computer, no use whatsoever is made of modern technology. The entries in the visitors' book sadly and rather dramatically indicate that it has failed to stimulate the school children who have been brought to see it. Manchester could and should have done better. 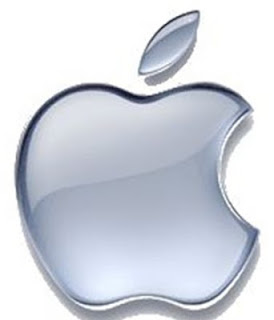 Apparently Stephen Fry once asked the late Steve Jobs if it were true that the Apple logo was in memory of the death of Alan Turing. Jobs replied, It isn't true, but God we wish it were!

It is perhaps no bad thing to remember Turing whenever we see the logo.

Posted by John Tyrrell at 09:16 No comments: