The Lakes: There is no wealth but life 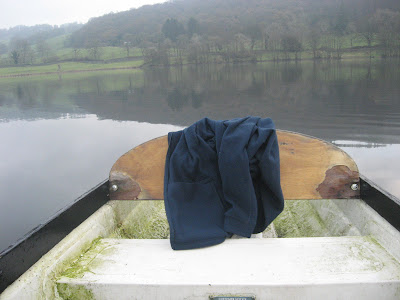 Every time we go to the Lake District we ask ourselves why we don't go there more often.

Not much more than an hour's drive from Manchester, to take the ferry across Windermere is to enter a foreign country, a beautiful peaceful land settled long ago by the Vikings, who have given it Norse names such as tarn, beck and fell, unknown in other parts of the UK. It is said that US President Woodrow Wilson fell in love with the place and wanted to retire there, and one can understand why.

Probably our favourite place, alongside the very different, awe-inspiring, untamed and untameable natural beauty of Wastwater, is Brantwood, the home and gardens that John Ruskin (1819-1920) created, perched above Lake Coniston, with it is said the most beautiful view in the Lakes.

Art critic, poet, painter, social critic, philanthropist, keen student of landscape, rocks, plants and architecture, Ruskin had a range of creative talents that can rarely if ever have been equalled. Influential in his own time, his reputation faded after the first World War. It is amazing to me that I completed many years of formal education without as far as I recall ever hearing his name mentioned. As we have become more aware of issues of the environment and sustainability, and with a wider appreciation of the importance of beauty and craftmanship to our everyday life, so his reputation has revived. Some 30,000 people a year now find their way to Brantwood. 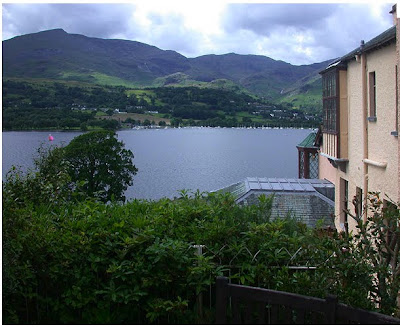 Here John Ruskin spent the last 25 or so years of his life, seeking peace from his inner torments, away from the black smoking chimneys, symbols of an industrialisation, borne of greed for money, which he saw as destroying all that it touched. 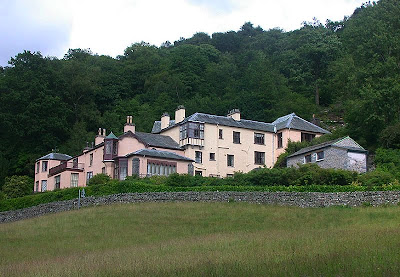 For Ruskin wealth and "well being" were associated concepts whose antithesis was "ill being" or, the term he coined, "ilth".

There is no wealth but life. Life, including all its powers of love, of joy, and of admiration. That country is the richest which nourishes the greatest numbers of noble and happy human beings; that man is richest, who, having perfected the functions of his own life to the utmost, has also the widest helpful influence, both personal, and by means of his possessions, over the lives of others. 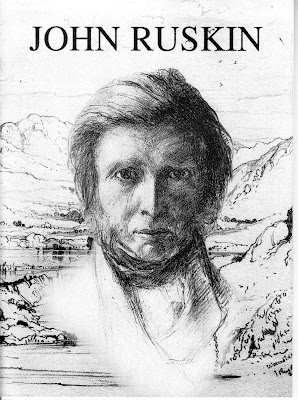 I don't think we will ever tire of visiting Brantwood. We particularly love the view over the lakes from the turret Ruskin had constructed from his small bedroom, but have yet to explore the Brantwood gardens properly. I rather like the sound of the Ziggy Zaggy:

The Zig-Zaggy is based upon designs first sketched by Ruskin 130 years ago, and is said to represent Dante's Purgatorial Mount. Fully realised today in contemporary form, it allows you to begin your tour of the gardens by making an allegorical journey to Paradise!

Posted by John Tyrrell at 05:35 No comments: