Sri Lanka: After the Tsunami 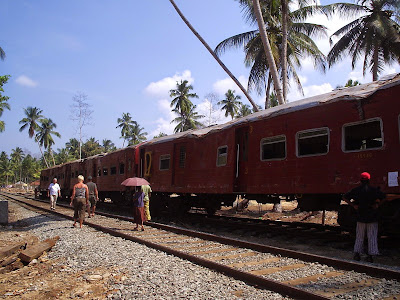 I have visited Sri Lanka many times. Perhaps the most memorable, and certainly the most poignant visit was in April 2005, just a few months after the Tsunami in which over 30,000 Sri Lankans had died. The most horrific sight we saw was the wreckage of the train, close to the main road between Colombo and Galle, near the village of Telwatta. 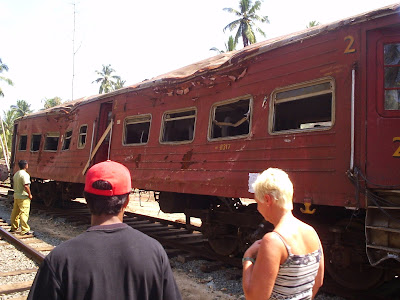 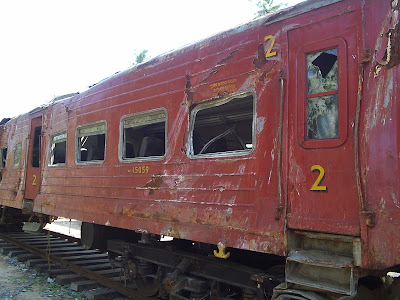 Close up of damage to a second class carriage

Close by were the temporary huts and tents in which those who had lost their homes were living. I have often wondered how long people remained in them before they were re-housed. 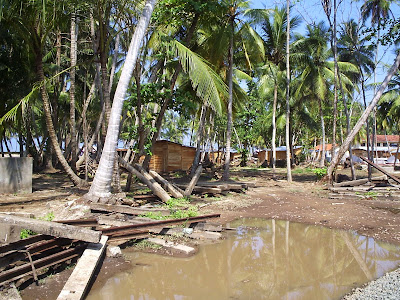 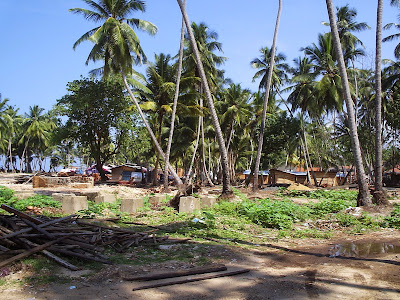 Temporary housing among the palm trees 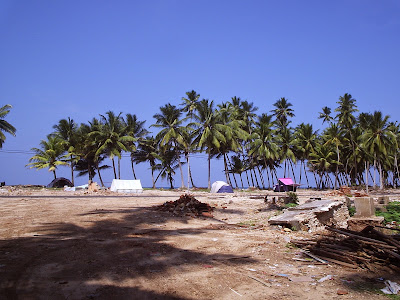 Tents on the beach

Perhaps the most surprising sight was this sign photographed outside a tent, not far from the train wreckage. 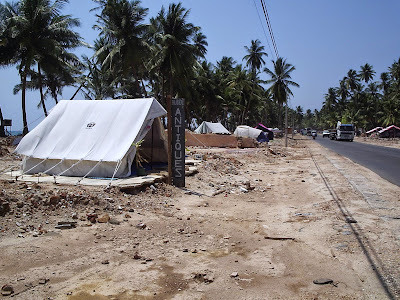 I remember that our driver found it amusing, and I suspect that I did too. We were not sure whether it was an indication of its owner's sense of humour, or of an indefatigable spirit and a determination to get his antiques business going again. 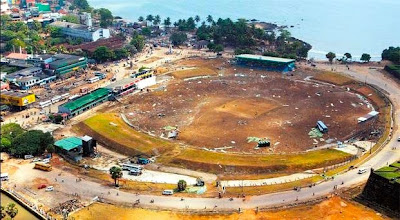 Renovation of this stadium did not begin until over a year after our visit. 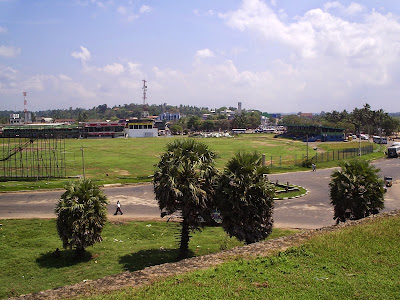 On our return we were taken to visit the Turtle Sanctuary which had been almost destroyed, but had somehow managed to reopen in March. Apparently in the aftermath of the Tsunami local fisherman, desperately in need of money, had turned to turtle egg poaching. 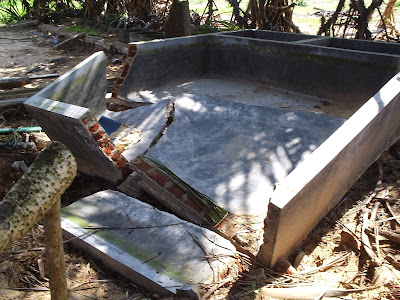 I did wonder at the time whether we were being voyeuristic in visiting the scene of so much recent horror, but people were very glad to see us, to witness their plight, to encourage tourism to recover and perhaps to put pressure on the authorities whose response was much criticised. I remember one man in particular going out of his way to shake my hand and tell me how grateful they were for the response of the Government and people of the UK to their tragedy. "We will never forget their generosity" he told me.

Among many memories of this trip is the remarkable story we were told when revisiting a hotel on the south coast in which we had stayed on a previous visit: apparently one of the elephants kept there had sensed that something catastrophic was happening, had broken free from its chains, picked up its keeper, and charged to higher ground before the tidal wave arrived.

I notice that Laura Davies, the UK's Deputy High Commissioner in Sri Lanka has written a blog in which a number of people have been invited to share their reminiscences of this dreadful calamity. It is well worth reading.