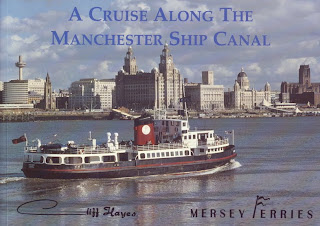 Manchester probably seems an unlikely place for a cruise, but one of its many hidden delights is a cruise along the now almost forgotten Manchester Ship Canal.

Completed in 1894, and officially opened by Queen Victoria, it was designed by the merchants of Manchester to halt the decline of the city, and to avoid the payment of harbour dues to Liverpool. 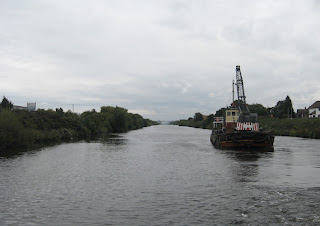 What an amazing piece of engineering it was: 36 miles long, dropping 60 feet to the sea through 5 locks. 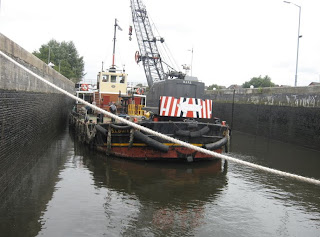 It was created from the river Irwell which flows through the centre of Manchester. Along the way it intersects the Mersey and the Weaver. 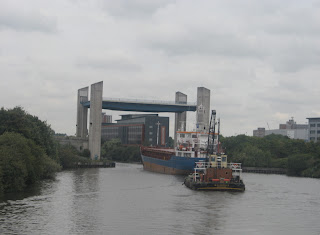 The Millenium Bridge
Among its great engineering feats is the Barton aqueduct which swings a section of the Bridgewater Canal away to allow ships to pass underneath. 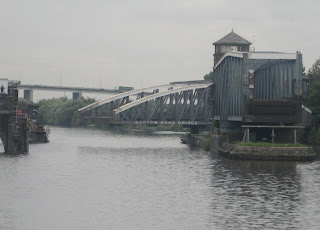 Barton Swing Aqueduct
Although no longer a major waterway it still handles around 6 million tons of freight a year. 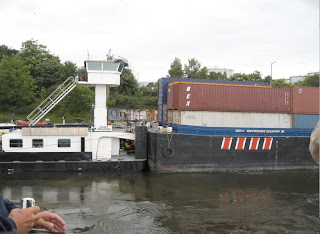 It joins the Mersey estuary at Eastham Locks, on the Birkenhead side, opposite the port of Liverpool. 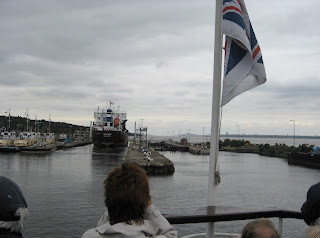 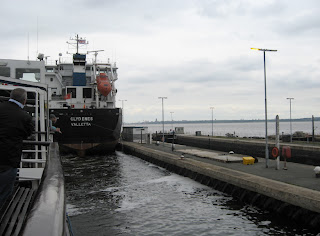 Arriving at Eastham Lock on the Mersey Estuary, in the distance you can see the city of Liverpool. You can just make out the shape of the imposing Anglican cathedral.

The whole trip from Salford Qays, opposite Old Trafford, Manchester United's "Theatre of Dreams", to the Liver Building in Liverpool takes some 6 hours. What a fascinating experience it is. It runs only in the summer, and you have to pre-book. We would love to do it again.

Information about these cruises can be found on the Mersey Ferries web pages.