Schooldays, the Gongman and the Search for Gold 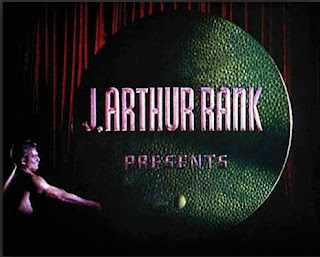 Blancmange, sago and other stomach turning puddings, shirts with starched detachable collars, chapel every day, rugby, hockey and running (football was not a suitable game for gentlemen) nearly every afternoon, lessons on Saturday mornings as well as early evenings on Mondays, Wednesdays and Fridays, cadets on Wednesday afternoons, polishing boots, blancoing belts, learning to use First World War rifles and field telephones("if it doesn't work urinate over its earth" we were told), "prep" in classrooms every weekday night after dinner, beatings administered by prefects, early lights out, sleeping under heavy army great coats in freezing dormitories, and all too soon awakened by a bell summoning us to another day of unmitigated pleasure.

Such are my memories of boarding school half a century ago.

Few of us ever questioned the efficacy of such an adolescence. On such foundations were English gentlemen made and the British Empire built.

In such a regime there was no place for watching television, but we were allowed to play pop music, and every other Saturday night in the autumn and spring terms we excitedly gathered in the hall to watch a film.

More than what we actually watched, my main memory is of the reaction of the audience whenever a J. Arthur Rank film was shown, which seems to me to have been every time, although memory may be playing tricks on me. On such occasions the appearance of the Gongman would always be greeted with raucous calling out of the name of one of our fellow pupils, accompanied by much laughter. I never understood why this particular boy was singled out in this way, and still don't, but I fear that that may not have prevented me from joining in. I did not know the boy at all well, and had no idea how he felt about it, not that feelings were things that any of us would ever have admitted that we had.

Some time after I left I was told that the boy in question had gone to London University to study Mining Engineering, to the apparent amusement of my informant, who clearly assumed that even I realised that that was not a suitable career for a gentleman.

On leaving University the young Mining Engineer moved to Australia, where, after a time, he discovered gold, lots of it.

He is now among the richest men in Australia. I think he has had the last laugh.