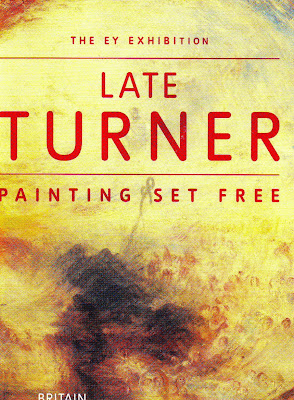 A rather hurried 24 hours in London to look at two very different but highly recommended art exhibitions nearing their end. Firstly, with Timothy Spall's portrayal of the artist in Mike Leigh's Mr Turner still fresh in my mind, a visit to the Tate to see the Late Turner exhibition. 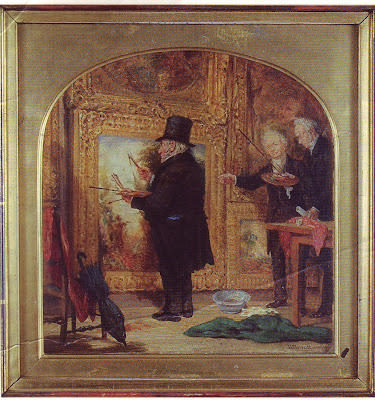 There were six rooms to negotiate amongst the inevitable crowds, a stunning reminder of just how much Turner produced in his later years, and rather too much to absorb in a single viewing.

I spent quite a lot of time looking at two paintings displayed side by side, Modern Rome - Campo Vaccino and Ancient Rome; Aggripina Landing with the Ashes of Germanicus. These paintings were both exhibited in 1839, but have rarely been seen together since, one now residing in California and the other at the Tate. 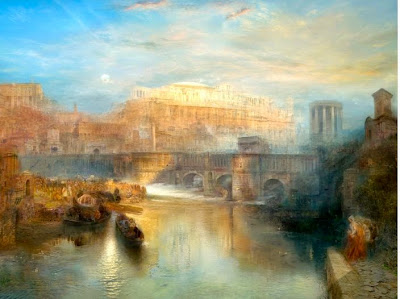 Turner's painstaking, detailed attempt to recreate the architecture of Imperial Rome was not fully appreciated by contemporaries, but I found it an absorbing piece of work. No reproduction that I have seen really does it justice. 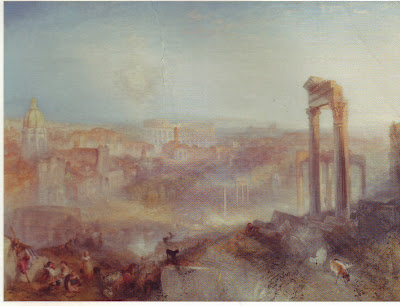 Once the property of British Prime Minister Lord Rosebery, Modern Rome - Campo Vaccino was acquired in 2010 for a mere £29.7 million by the J. Paul Getty Museum, and is in remarkable condition. For me these two paintings alone made the exhibition worthwhile.

For the second exhibition we were transported from utilitarian Imperial Britain whose inevitable decline and decay was perhaps Turner's subtext, to late Imperial Vienna, to the intellectually vibrant and sexually charged world of Freud, Klimt and Mahler, whose decline had long been anticipated and was now imminent.

The Schiele exhibition at the Courtauld was smaller than the Turner exhibition, but was also very crowded, and here as at the Tate the viewers seemed predominantly female, something I have not noticed before. 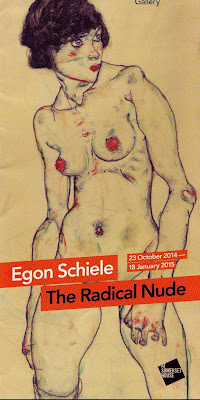 Unlike Turner, Schiele's life was very short, at 28 a victim, like fellow Viennese painter Gustav Klimt and millions of others, of the influenza that struck the world at the end of the First World War, so one cannot really even hazard a guess what a "late Schiele" exhibition would have looked like. 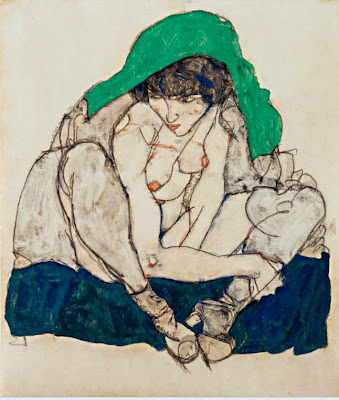 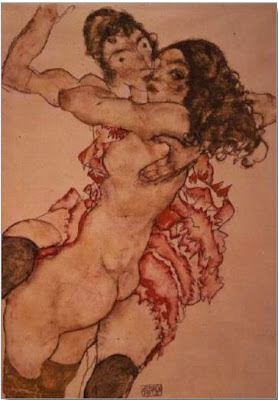 The exhibition also displayed a number of striking self-portraits which are a little less well known than his images of women. For me the most memorable picture, perhaps because I have no recollection of having seen it before, was the Male Lower Torso, produced in 2010, the same year as a number of rather tortured self portraits. 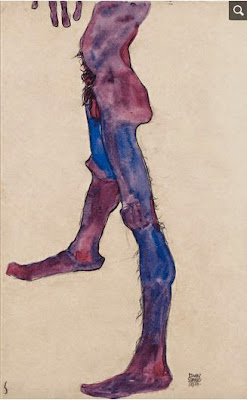 Male Lower Torso 1910
Schiele's pregnant wife died on 28th October 1818, as three days later did Schiele himself, on the same day the Austro Hungarian Empire, so long in the dying, was finally dissolved.
Posted by John Tyrrell at 15:08