Manchester: Don't Rain on My Parade 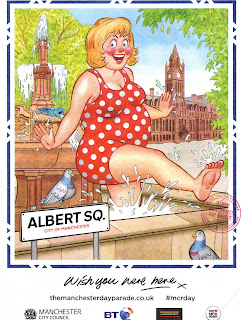 "Wish you were here" Manchester Parade 2013

June 2nd was the occasion for the Manchester Parade, the 4th such event, and the sun shone again, which it is not supposed to do in Manchester. You used to be able to buy a tee shirt from the tourist office proclaiming "ON THE SEVENTH DAY GOD MADE MANchester" so perhaps God is a Mancunian.

The parade began on a solemn note with a commemoration of drummer Lee Rigby, four portraits followed by a mass of military drummers. 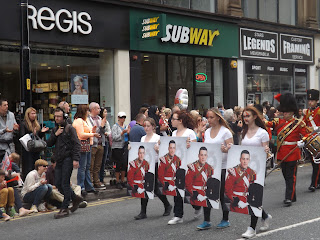 Manchester remembers drummer Lee Rigby - one of its own

Then came a celebration of modern Manchester, in all its colour and diversity. 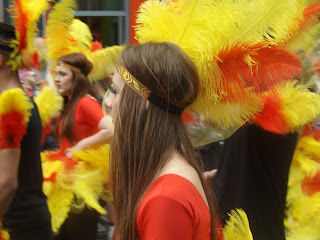 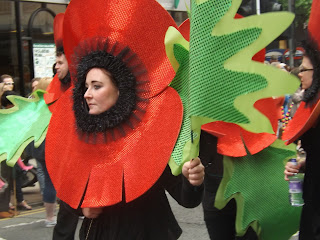 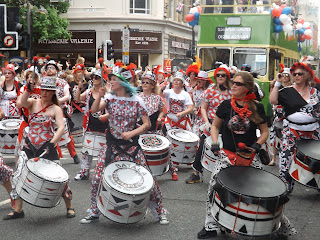 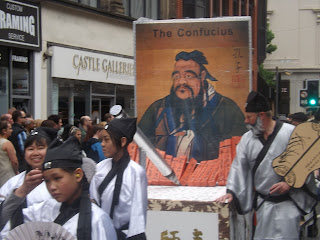 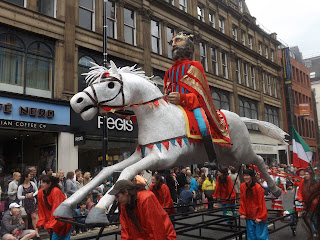 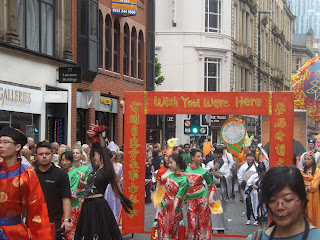 Having long dispatched its former glory as the world's first industrial city to the museum, modern Manchester would be unrecognizable to De Tocqueville, Marx or Engels, keen observers of the miseries of Manchester in its heyday. Unrecognizable too to more recent visitors, Turing and Sebald, who for a time made decaying, bomb damaged Manchester their home, but never felt at home here.

Towards the end of the parade a float by the Home Ed Arts group struck a different, perhaps more authentic Mancunian note, a post apocalyptic vision of globally warmed Manchester by the sea in a thousand years: a giant hermit crab in a spent nuclear shell case is paraded along the promenade surrounded by a Peirrot troupe, a kind of fourth millenium freak show to shock an unshockable audience. 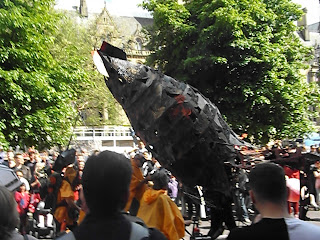 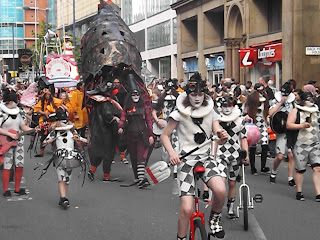