L.S. Lowry and a Missed Exhibition 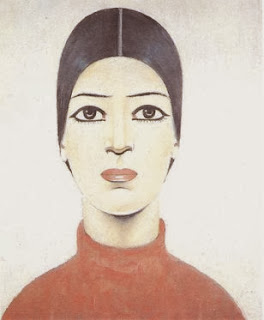 Over the years I have made a number of visits to the Lowry Centre, "a monstrous memorial cultural centre in Salford" according to the art critic Brian Sewell, and before that to the University of Salford where the collection used to be housed. Each time I seem to have focused on something different. 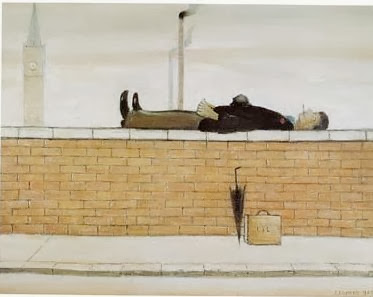 Man Lying on Wall, 1957
On my earliest visits it was the paintings my young daughters found amusing, most notably the man sleeping on top of the wall, or "the man going to University" as my youngest daughter always called it. More recently it was the seascapes and the haunting self portrait. 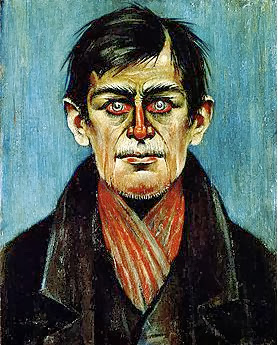 This time, perhaps influenced by revelations about Lowry's dark side, it was the stylised portrait of Ann, whose identity is unknown, and may not have existed, although Lowry always claimed that she did, or at any rate once had. This painting surprised the London art world when it was exhibited in 1957, and it probably would have surprised most of the people who flocked to see the recent exhibition at the Tate Modern which focused primarily on Lowry's representation of the industrial landscape.

I missed that exhibition, but have looked with some interest on the feedback on the Tate Modern's website. Most find their preconceptions about his matchstick men and identification with late Industrial Lancashire confirmed, some appear to believe that his work was a faithful even photographic representation of how the North was, or maybe still is, and some find it hard to believe that Lowry was a political conservative. Others, who appear to be in a minority are underwhelmed and sometimes scathing about his work, perhaps echoing Brian Sewell's acerbic review:

The myth of Lowry as a great painter will be given momentum by this unsatisfactory exhibition and the sentimental mush that it has already generated but we should treat his work with some art historical severity if we are ever to settle the debate. Lowry was not “a Wiganish sort of Corot”, nor a Boltonish sort of Goya, nor the Pendlebury Bruegel, nor any other grandee painter, nor was he Manchester’s recording angel. I do not share John Berger’s view that his pictures document the collapse of Lancashire’s industrial heritage between the wars and express the workers’ stoicism in the face of continuing decline, nor even that Lowry was trapped in the grim ethos of the Great Depression. His paintings were not about the nation’s economy; nor were they about pity and sympathy. Indeed Lowry denied that he had any feelings at all about the figures that he painted: “They are symbols of my mood, they are myself … made half unreal.(1)

Although I don't share Sewell's view of Lowry's work, I think he makes a good point. When I look at Lowry's paintings I am always aware that this is the unique vision of one human being, a man born in the late Victorian period who lived through the swinging sixties, detached, voyeuristic even, a man who always suppressed his own feelings and probably failed to connect with a single other human being throughout his entire life. That for me makes him and his work far more fascinating than if he had set out to document the misery of the industrial working class to support a social change agenda. Whether he is a great artist is not something I would consider myself competent to judge, but I think Manchester, or more strictly Salford, is quite right to be proud of him. 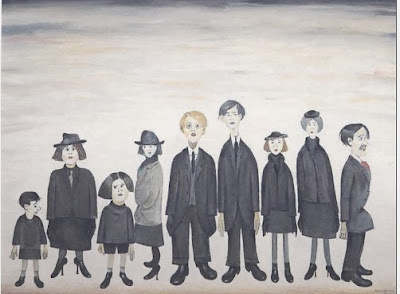 The Funeral Party, 1953
On my most recent visit I found that the gallery's current "Picture in Focus" is the Funeral Party, which was apparently inspired by Lowry's fascination with Pirandello's play "Six Characters in Search of an Author". This picture is the choice of the cleaning supervisor at the Salford Arts Centre who is probably far better acquainted with Lowry's work than any one else on the planet. In her explanation of why she liked this painting she pointed out the high heeled shoes, unusual in Lowry's paintings, and the woman with the smile on her face. "Perhaps she knew she was in the will" she commented.