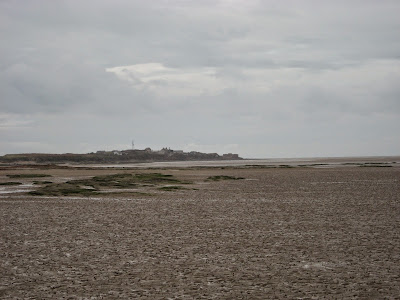 Middle Eye and Hilbre Island from the Wirral Shore

At the mouth of the Dee Estuary, between the North Wales Coast and the Wirral, lies a fascinating island, or rather group of three islands, Little Eye, Middle Eye and Hilbre, which can be reached on foot at low tide. 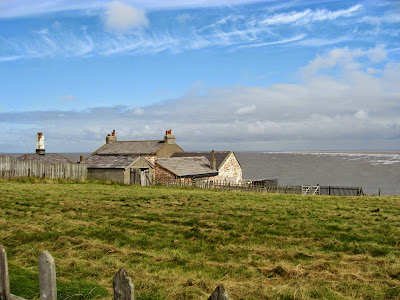 Separated from the mainland about 10,000 years ago, the islands, or Hilbre at least, was inhabited at various times. There was a monastic cell on the island for 400 years until dissolution in 1538, and in more recent times it was leased and then owned by the Trustees of the Port of Liverpool. 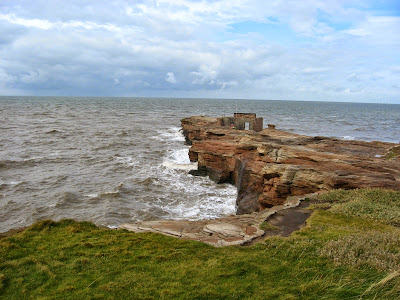 In 1945 the islands came under the ownership of Hoylake Council, and then the Wirral Borough Council. Hilbre is now maintained as a nature reserve. There are still two private houses on the island, but they are not permanently occupied. 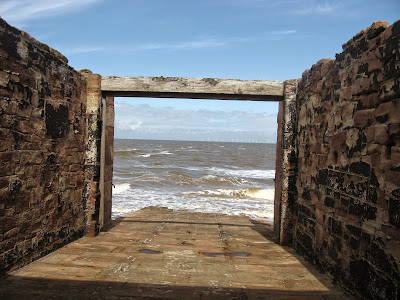 Lifeboat Station View out to Sea

Since I first visited over 25 years ago I have always wanted to stop on Hilbre at high tide, and yesterday I finally made it. I was alone, the weather forecast was reasonably good, the early afternoon high tide made it possible to go out in the morning and return in late afternoon, and it seemed a perfect place to clear my mind from current stresses in my life. 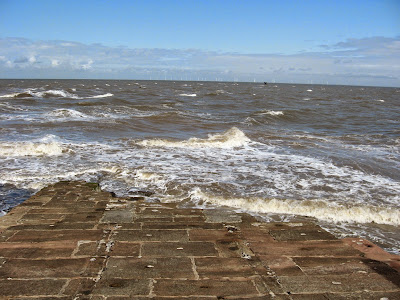 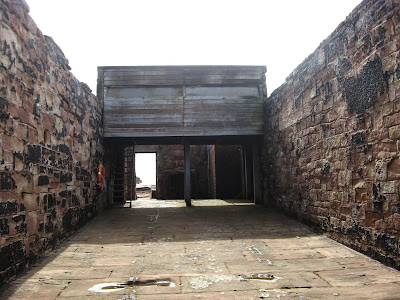 Interior of the old Lifeboat Station 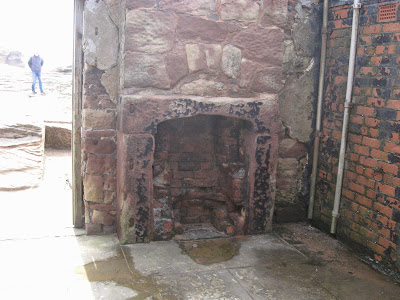 Fireplace in the Lifeboat Station

So carrying almost as much food as if I was setting out for Antarctica, with newspapers and a book in case of boredom, appropriate clothing in case of bad weather, there is nowhere on the island to shelter other than the toilets, I set off on the two mile walk across the Dee Estuary. 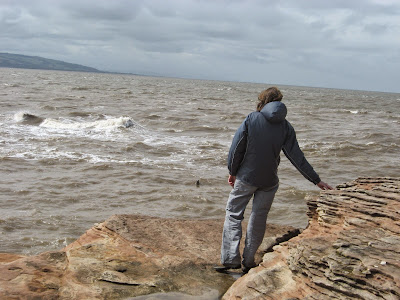 Fellow Visitor watching a Seal, in the distance the Welsh Coast
The tide was clearly coming in, anxious that I had left it too late, with less than two and a half hours to high tide I walked briskly and decided to cut out Little Eye. As I approached Middle Eye I was met by a guide who reassured me that I had plenty of time, and informed me that I would not have the island to myself, two others were already there. 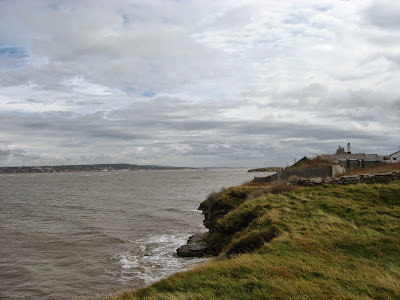 Wirral Coast at High Tide
So I relaxed amongst the bracken of Middle Eye, and then leisurely strolled over to Hilbre where I found three other visitors who intended to stay over for four or five hours until it was safe to walk back. 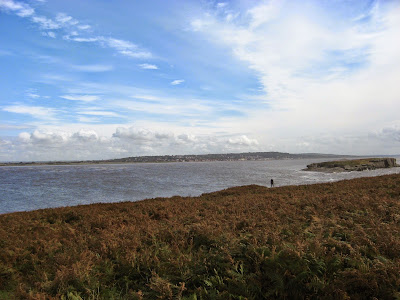 It was a most delightful experience. Peace, calm, the seals bobbing in the waves, only a short light shower, and not a trace of boredom, I was rather sad to leave. On the way back I thoroughly enjoyed the view of the birds on Middle Eye, which I unfortunately disturbed, and then of others feeding on the mud flats, who took precious little notice of me or even of walkers coming out from the shore accompanied by dogs. 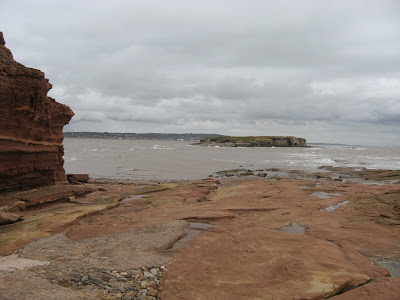 It was a fantastic day, one that will remain in my memory for a long time. Before too long I hope to do it again. 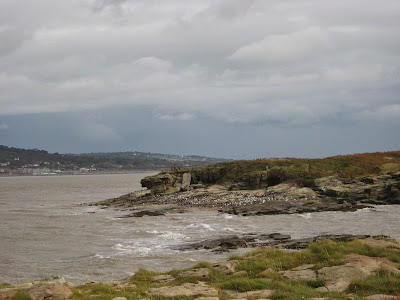 Seagulls on Middle Eye as tide begins to recede 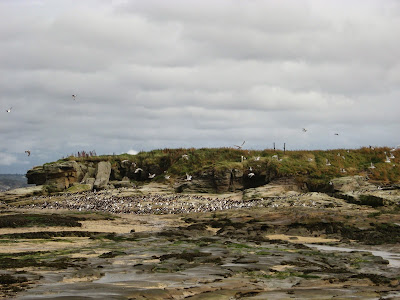 Seagulls on Middle Eye as the tide goes out 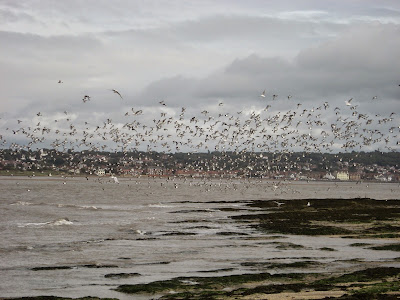 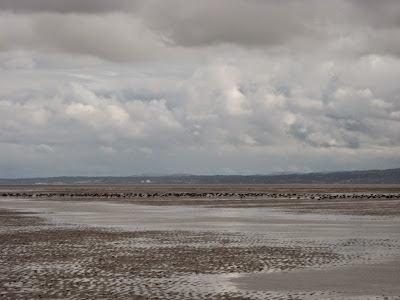 Birds feeding on the mud flats as the tide goes out

I do rather like islands. In the past two years I have visited Madeira, Cabo Verde, St Helena of course, and a few islands in Oslo Fjord whose names I cannot instantly recall. Come to think of it I have hardly been anywhere else in that time. Obviously I am in a rut! Time perhaps to head once more for the continent, and I can think of two or three islands off the coasts of France that I would dearly like to explore.