Crabbe and Britten: a Sense of Time, Place and Tradition. 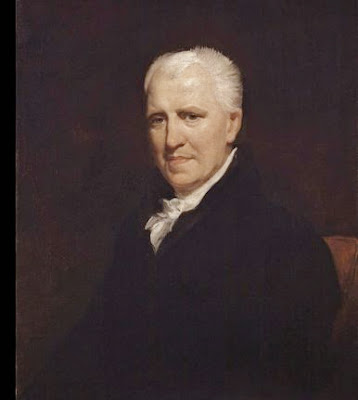 My impression before I began this blog was that relatively few East Anglians had made much impact on the national still less the international scene since the time of Boudica. But the list is longer than I thought: among the major figures are Cardinal Wolsey, Oliver Cromwell, Horatio Nelson and Thomas Paine, the latter perhaps the most important of all. In the artistic world Gainsborough and Constable have a national if not an international reputation. Eupedia's list of famous East Anglians includes a number of modern figures: Diana Princess of Wales, Geoffrey Archer, Bernie Eccleston, Stephen Fry, Richard Attenborough and, from a slightly earlier era and perhaps most significant of all, John Maynard Keynes, but none seen to me to be essentially East Anglian figures.

Perhaps the most important modern figure is Benjamin Britten (1913-1976), whose life and work was rooted in his native Suffolk, and whose return to England was inspired by another Suffolk man, George Crabbe, who does not even appear in Eupedia's list. 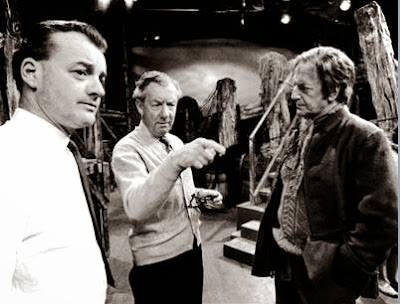 The son of a Lowestoft dentist, educated at Greshams School in Norfolk and the Royal College of Music, the young Benjamin Britten composed over 40 scores for theatre, film and radio in the 1930's. In April 1939 he and his partner Peter Pears followed his friends Christopher Isherwood and W.H. Auden to America. When war broke out they were advised by the British Embassy that they should stay as artistic ambassadors. Perhaps Britten's most notable achievement in this period was the operetta Paul Bunyan, for which Auden wrote the libretto.

Despite the embassy advice both Pears and Britten had felt they should return home, and when in California in 1941 Britten picked up a copy of the Listener, and read an article about the Suffolk born poet George Crabbe by E.M. Forster, whom Britten knew, the call of home became too strong to resist. Forster's article awakened Britten's longing for that grim and exciting sea coast around Aldeburgh. He obtained a copy of Crabbe's poems, which like most Suffolk people he had never read and perhaps never heard of, and in 1942 set out on a Swedish boat on the rather perilous journey across the Atlantic back home to Suffolk, a plan of the opera Peter Grimes already completed.

For Britten his opera, first performed in 1945, was a manifesto for the reconciliation of art and place.(1) We can view it, along with other works notably including Waugh's Brideshead Revisited which appeared around the same time, and sold out immediately, as the climax of the retreat which artists, architects and writers had over a decade made from abstraction, formalism and the aesthetics of the Bloomsbury critics Roger Fry and Clive Bell, towards the celebration of a national culture rooted in rural England. The same period had seen a new found enthusiasm for Georgian and Baroque architecture, hitherto regarded as alien implants, and even a developing enthusiasm for the Victorian so reviled by Bloomsbury.

Britten's return to Suffolk was part of an established pattern: by the late 1930's most major figures in art and letters were living in the English countryside, in a world they saw as threatened not only by forces from without, but by social, economic and technological changes within. Britten himself made this point when he was granted the freedom of Lowestoft in 1951:

I am firmly rooted in this glorious country and I proved this to myself when I once tried to live somewhere else ... Roots are especially valuable nowadays, when so much that we love is disappearing or being threatened, when there is so little to cling to. (2)

The celebration of rural life and the concerns for its future had begun before the war: in Surrey E.M. Forster, with the aid of Vaughan Williams had staged Abinger Harvest and then in 1938 England's Pleasant Land, a land which had survived threats from Norman knights and enclosing Squires and now from modern developers. Forster's Listener article, which evoked Britten's homesickness, had above all emphasised Crabbe's Englishness:

To talk about Crabbe is to talk about England. He never left our shores and he only once ventured to cross the border into Scotland. He did not even go to London much, but lived in villages and small country towns. He was a clergyman of the English Church. His Christian name was George, the name of our national saint. More than that, his father was called George, and so was his grandfather, and he christened his eldest son George, and his grandson was called George also. Five generations of George Crabbes!(3)

It would be a mistake to think that this cultural conservatism was necessarily accompanied by political conservatism. Benjamin Britten voted only Labour or Liberal throughout his life, and I suspect the same was true of E.M. Forster, but certainly not of Evelyn Waugh! Even Mr "Civilisation" himself, Kenneth Clark, reputedly voted Labour in 1945!

1. Britten's own introduction written for the premiere of Peter Grimes in 1945 is well worth reading.

3. "George Crabbe : the Poet and the Man" By E. M. FORSTER, The Listener, 29 May 1941. I have put the full text of this article in another blog, because it does not appear to be available anywhere else in its entirety, and is an important document, not only because of its impact on Britten but also because of its reflection of a national mood. Radio had become an important medium by the 1930's, and it played an important part in what Alexandra Harris aptly calls "re-antiquating" England.