1918, another Pandemic, another Prime Minister: Lloyd George in Manchester 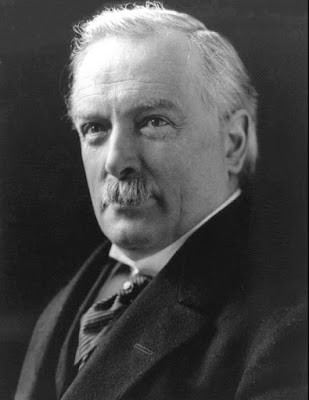 Prime Minister Boris Johnson's recent contraction of coronavirus has revived memories of the 1918 pandemic and the illness of another Prime Minister, David Lloyd George. Lloyd George was to be the last Liberal Prime Minister, and in September 1918 was visiting Manchester, the place of his birth and a place very closely associated with liberalism, to receive the freedom of the city.

Very little is remembered about him now, but he was by far the dominant political figure in the early twentieth century. As Chancellor of the Exchequer he had introduced old age pensions and unemployment insurance and can justly be said to have laid the foundations of the welfare state. 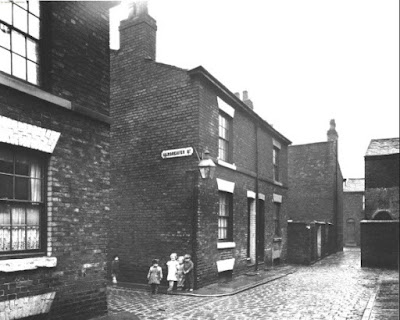 He was one of those rare Prime Ministers who had never been to Oxford or Cambridge nor to Public School, and had no connection with the landed classes nor even the upper middle classes. He remains the only UK Prime Minister whose first language was not English, but it is doubtful if a better orator has ever sat in Parliament.

Even out of power in the 1930's he still commanded great respect and even fear when he got up to speak in the House of Commons. He was highly regarded by his junior colleague Winston Churchill who in the Liberal phase of his career supported Lloyd George's controversial People's Budget of 1909 when many in their own party did not. Churchill invited Lloyd George to enter his own war cabinet, but he said he was too old.(1) 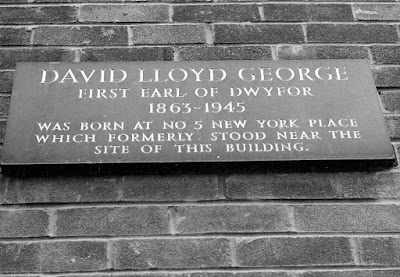 The only memorial to Lloyd George in Manchester

Lloyd George was born to Welsh parents at 5 New York Place, Chorlton on Medlock, Manchester. His father William was a teacher, and the family had moved around a bit. William seems to have been on a short term contract in Manchester, and they moved back to Wales before the young David Lloyd George was a year old. Wiliam died not long after, and the future Prime Minister was brought up by his mother with the aid of her shoemaker brother who struggled to teach him the Latin he needed to become a solicitor. 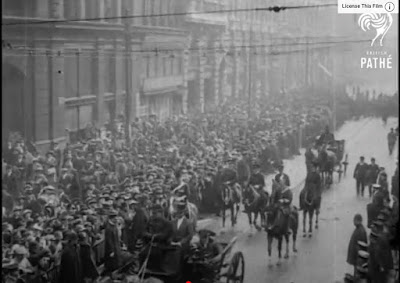 In September 1918 the war was drawing to its close, and Lloyd George, the head of the war time coalition since 1916, was visiting the Northwest. His trip, starting in Manchester and then moving on to Salford, Bolton and Blackpool, was very much a celebration of the anticipated victory in the war, but it also had a political dimension, with a General Election only three months away. (2) He was due to receive the freedom of Salford and Blackpool as well as Manchester, and was to share a platform at Blackpool Tower with the United States trades union leader, Samuel Gompers. 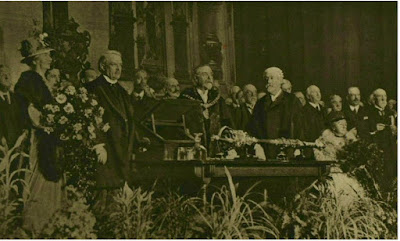 The Prime Minister was given a raptuous reception on arrival on the evening of Wednesday 11th September. He later received representations at Manchester Town Hall from representatives of the Jewish Community, the Armenian Community and the Syrian Community, all of whom were seeking support for their causes in the coming peace.

The following day he was scheduled to go the Hippodrome to receive the Freedom of the City, then to the Midland Hotel for a luncheon, then tea at the Constitutional Club, a recognition that he was leading a coalition Government, then to a meeting with the Welsh community in Albert Hall, the large Methodist assembly room close to the Town Hall, and finally for a formal dinner at the Reform Club. 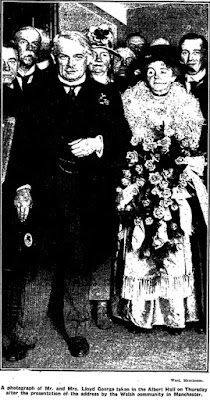 He completed most of the schedule, but felt ill after the meeting with the Welsh community, and retired to his room at the Town Hall, hoping that he would be fit for his later engagement. 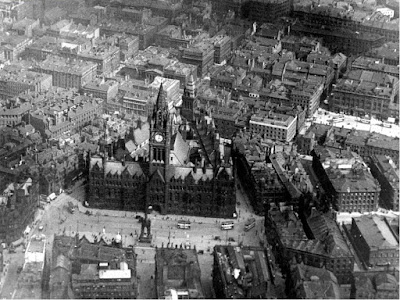 He never made the Reform Club, nor any of his other engagements outside Manchester, and didn't venture outside the Town Hall until 20th September, when, wearing a respirator, accompanied by the Lord Mayor and both their wives, he was taken on a drive through the south of the city, along Burnage Lane to Parrswood, then to Northenden and back through Withingon to the city centre.

Initially he said he wouldn't see a doctor, but a distinguished Liberal doctor, Sir William Milligan, had been summoned to the Town Hall to attend one of Lloyd George's daughters who was also ill, and Lloyd George was persuaded to see him. Milligan was to issue a number of medical bulletins over succeeding days which referred to high temperature, fever, restlessness, exhaustion and throat inflammation. To ensure that the Prime Minister would not be disturbed in his room at the Town Hall, traffic was diverted, barriers placed across the road, and the area in front of the Town Hall was kept clear.

The Manchester Guardian speculated that his influenza probably

followed as a result of the cold he may have contracted in the afternoon in Albert Square, when he walked for a time bareheaded in the rain during his inspection of the munition workers and wounded soldiers. It may also have been due to the change in coming from crowded and heated rooms into the open air when rain was falling. The weather in Manchester on Thursday was very trying, a succession of heavy showers and and strong winds being the main characteristic. (3.)

It reported that he had had several such attacks in the past and had thrown them off, and initially he was expected to do the same with this. It made no link with the pandemic which had started to sweep the world several months earlier, but because of censorship had never been reported in the press. 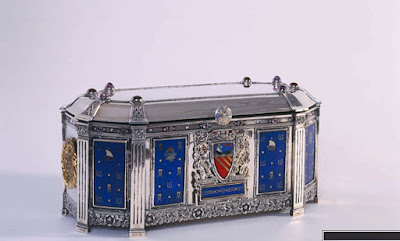 On Saturday 21st September, 10 days after his arrival he was declared fit enough to return to London. He left the Town Hall around noon, and at London Road Station a special saloon was waiting for him on No 4 platform, away from the crowd boarding the London train on Platform 1. His carriage was them run out of the station and fixed to the front of the train. He was accompanied by Sir William Milligan. On arrival at Euston a number of people recognised him and cheered

the familiar figure in the unfamiliar garb of a greatcoat, a large white muffler, a respirator, and a soft hat turned down over the face. (4)

In its editorial the Manchester Guardian indicated that he was not looking so well when he arrived back in London and obviously required some rest, before he plunges into the thick of the enormous business which .. is still pressed upon the head of the Government.(5) The Times reported that though still wearing a respirator, he appeared to have fairly well recovered from his illness, and walked briskly from the train to his car.(6) 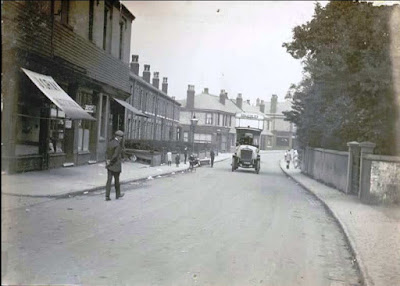 The Times coverage of the whole affair contrasted very much with the Manchester Guardian, which obviously was politically sympathetic to Lloyd George, and relished his tenuous links to its home city. There was virtually no coverage of the visit in the Times, simply a couple of reports on his medical progress and a report on his arrival back in London. On 18th September it had a report from its Manchester correspondent

There were many callers at the Town Hall yesterday,and one lady left a beautiful basket of roses for the sick-room. The immediate front of the Town Hall and the main road at one of its sides have been barricaded from all vehicular traffic. The Prime Minister shows a lively interest in matters of public concern. He conveyed his congratulations to a private of the Manchester Regiment who was presented with the Military Medal at the Town Hall during the morning .. (7)

It being desirable that Mr. Lloyd George should have absolute quiet before nightfall, it was considered expedient to divert the tramcars from the side of the hall nearest to the bedroom where he is lying. ..the authorities will take further steps to minimize the sound from street traffic if it is regarded as essential. (8)